Actors “Lead From Behind” With Colonoscopy Screenings 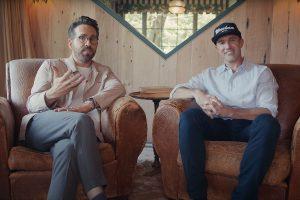 A simple bet between friends — and colonoscopy screenings — may have saved the lives of actors Ryan Reynolds and Rob McElhenney.

The co-owners of the Wrexham Association Football Club in Wales made a friendly wager, which Reynolds ultimately lost. McElhenney bet that if he learned to speak Welsh, Reynolds would publicly broadcast his first colonoscopy to raise awareness regarding colon cancer.

The actors’ screening video launched the Lead From Behind campaign in partnership with the Colorectal Cancer Alliance (CCA). The campaign’s focus is to “help people learn that colon cancer is ‘The Preventable Cancer’” through timely screenings.

Both Reynolds (Deadpool) and McElhenney (It’s Always Sunny in Philadelphia) are 45.

“Part of being this age is getting a colonoscopy,” Reynolds said in the video. “It’s a simple step that could literally — I mean literally — save your life.”

Colorectal cancer is the second-deadliest cancer in the US. But it doesn’t have to be. This type of cancer is preventable through timely screenings.

Colonoscopy is the only screening method that can both detect and prevent colorectal cancer. The disease often begins as a growth, called a polyp, inside the colon or rectum. Through a colonoscopy, polyps can be both detected and removed before they become cancerous.

“This was potentially lifesaving for you,” LaPook said. “This is exactly why you do this.”

“They were small,” Dr. Treyzon said. “They were not a big deal, but [it was] certainly a good idea that we found them and removed them.”

The doctors recommended the actors repeat the colonoscopy in a couple of years.

Young People Are at Risk

The CCA reports one in 24 people gets colon cancer. Colorectal cancer is not just a disease of the elderly. One in 260 people will get colon cancer before they turn 50. This is called early-onset or young-onset cancer.

Research indicates that people who are diagnosed when younger than 50 are more likely to have advanced disease at diagnosis.

For these reasons, screenings should begin at 45 for those at average risk of developing colorectal cancer. Individuals should be screened even if they don’t have symptoms. People with digestive symptoms should be considered for colonoscopy regardless of age.

By 2030, colon cancer is predicted to be the top cancer killer for people younger than 50, according to the CCA.

If you are 45 or older, don’t delay your colorectal cancer screening. The five-year survival rate is about 90 percent when found at an early stage before it has spread to other organs.

The Affordable Care Act requires most private insurance to cover the costs of colorectal cancer screening tests. Plans vary, so it’s important to contact your healthcare provider to verify your coverage.

If you do not have insurance, there are resources to learn about a low-cost or free colonoscopy. Some resources include the CCA Helpline, ColonoscopyAssist™ or your state’s health and human services or department of health.

A colon cancer screening may save your life or the life of a loved one. Our doctors perform colonoscopy screenings at surgery centers around the country. Search for a gastroenterologist in your area and schedule a colonoscopy.